Home Home Improvement How To Get Rid Of Black Worm In House? All You Need... 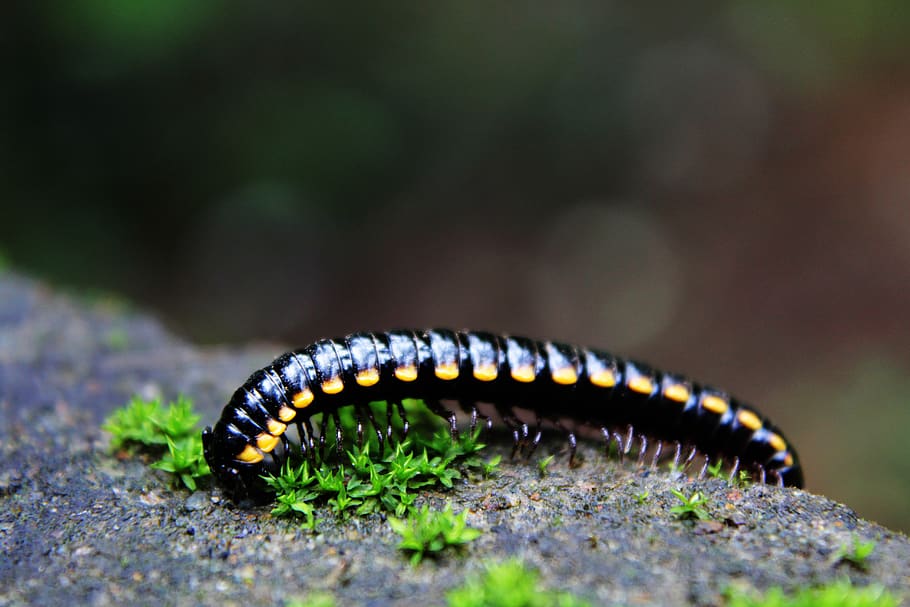 There are Portuguese millipedes (Ommatoiulus murrelet) in Portugal and Australia. Don’t be too concerned if black worms appear in your house, especially under the sink. Despite their shiny black color and undulating structure, these creatures will not appeal to people who do not like worms, and you can be sure there are hundreds more lurking around in places where you cannot see them.

North American kitchen cabinets often contain comparatively large black worms. It is likely to be another species of millipede (class: Diplopoda) or a drain fly larva (family: Psychodidae). The millipedes found in North America are benign, like Portuguese millipedes, but who wants a mass of crawling worms under their sink? Technically, drain fly larvae are not worms, but they’re still pests since they’re immature flies.

We see tiny black worms in showers, basements, and under kitchen sinks, but not on exposed surfaces of the living room because they’re looking for moisture. They can breed well in small, confined spaces with lots of humidity or condensation. Larvae of drain flies are typically found at or near drain openings since the flies themselves live in the drains. If there is enough moisture in the cabinet, the flies will likely lay their eggs there if they can get into it through a crack in a pipe or a gap in the cabinet door. During the larval stage, the worms last 9 to 18 days, which means if you leave them alone, the drain flies will soon invade.

The term sewer gnats are also used to describe drain flies, which gives you an idea why you might not want them around your home. They are not stinging or biting insects, but they live near decaying organic matter and disease. Please see the larvae because the larvae are more accessible to control than the adults.

The house is infested with black worms

Controlling black worms won’t be too complicated if they’re looking for moisture, such as under the bathroom sink or the kitchen sink. Make sure no water is present. The exhaust fan may need to be used more often in the bathroom if you do this. Several days of ventilation with a fan might be necessary if the bugs are under the sink. It is unnecessary to use other control methods since millipedes and drain fly larvae cannot survive without moisture. It isn’t necessary to spray them with pesticides; the extra noxious fumes would probably make your house unpleasant.

How to get rid of black worms in the house?

The only way to treat tiny black worms in the drain is to pour an enzyme drain cleaner down if you see them. If you find them in the gutter, refrain from using the shower for a week or two. The enzymes reduce the fly’s attraction by eating the organic matter in the drain. Typically, drain flies live for about a month, so if the drain is clean and free of gunk, that should be the maximum time before you no longer see them.

Where do black worms come from?

Hundreds of eggs are laid in drains and up pipes by drain flies. The eggs hatch into larvae, which turn into black worms. In the evening, these worms emerge from the shower or bathtub drains and feed on the organic materials left behind by your body. These worms wiggle up the drains and into your bathtub and battery by following the airflow coming down your drain.

Where can you find black worms?

Blackworms live in shallow waters, such as ponds, marshes, & swamps, all over the United States and Europe. This particular kind of freshwater worm feeds on microbes and organic debris and grows up to 4 inches long.

Will worms ever completely disappear?

Any intestinal worms will ultimately expel themselves in your feces. You might have missed this. In the weeks following the commencement of therapy, washing your hands after using the bathroom is crucial to preventing reinfection or spreading the disease to others.

How to get rid of black worms in your bathroom?

It is essential to prepare a long-term cleaning solution for a black worm problem. Your bathroom may not be the primary source of these worms. Due to the abundance of drain flies, you are sure to have new black worm generations hatching almost every day. Remove black worms from your bathroom by following these steps:

We recommend flushing all drains with hot water as the first step in getting rid of black worms. Once the gutters are washed with boiling water, you can open the outside drains and do the same. You probably have a blocked drain if you see the water draining slowly. To clear the drain, you will need a plumber’s help. To release the sludge inside your pipes and drains, you can also rinse the outside of the lines and drains with hot water. Sludge is a favorite food source for black worms, so removing it will eliminate their population.

Fill in with fizz

The inside of your drain pipes or around your toilet tank and bowl may be clogged with sludge and gunk, in which case you need some fizzy power. It is possible to clean off the slimy lining the black worms hatch from by adding baking soda before rinsing with hot water. You can also use white vinegar or ammonia, but avoid using both simultaneously, producing toxic gas. As an alternative, pour a cup of vinegar down the drain, wait a few minutes, then run warm water down the drain several times.

Black worms are searching for moisture in the house. Breeding and breeding occur in small, confined spaces that are humid or contain a lot of condensation. Usually, drain fly larvae can be found at or near the drain opening because the flies live in the drain.

Black (or brownish) worms in the bed are the larvae of carpet beetles. Occasionally, carpet beetle larvae will have a mixture of orange and brown colors.

In general, blackworms pose no health risk to humans.