It becomes crucial to add new and exciting features that the community can make use of to create something great as a result of a game that remains relevant because of the creativity of its community.

Real-life objects inspire many items and blocks in Minecraft, such as diamonds, stones, and ice. There are three ice blocks available in the game: regular ice, packet ice, and blue ice. Icebergs found in cold ocean biomes naturally generate blue ice at the bottom. There can also be igloos made of blue ice in tundra villages. Using nine packed ice blocks, players can make a blue ice block. Since one packed ice takes nine ice blocks to craft, it is pretty expensive to produce. However, blue ice can be used in various ways, despite its cost. Minecraft players can use blue ice for multiple purposes.

Uses of blue ice in Minecraft

Most mobs and entities in Minecraft slip when they touch the blue ice blocks. In addition to items falling, blue ice blocks can also be used in transportation tubes, which is why many Redstone mechanisms use them. A series of blue ice blocks and water will flow more quickly than before if stacked, making them ideal for making tubes that transport stuff. With blue ice, boaters will be able to traverse roads faster. Combining these two methods is the fastest way to travel in the game!

Is it possible to create blue ice in Minecraft?

Is blue ice worth the time spent in Minecraft?

It is worth crafting a blue ice block in Minecraft because it is so helpful! In Redstone projects, this block can be used in an endless variety of ways, allowing your imagination to run wild. Some builders have constructed long roads that connect their bases. This block is used in all Redstone sorting systems regardless of the design! You can use the block to create many snowy floors in the game. This block can be used in an endless number of ways; your imagination only limits you.

Does Blue ice melt in Minecraft?

Blue ice blocks do not melt even in light sources, unlike other ice blocks in Minecraft. If you are making Redstone projects that require light to keep mobs at bay, this property of the blue ice block is beneficial.

How fast is packed ice compared to blue ice?

Yes, blue ice blocks will make you travel faster than if you were on packed ice. By utilizing blue ice, you can build a long road between two points in Minecraft and travel at higher speeds. If you use a boat, you can travel faster than a horse on the blue ice block! It is unique among blocks in the game thanks to this feature. It is because of this property of the block that many big YouTubers obtain access to the nether, and this allows them to travel a lot in the overworld!

These are not core elements of the game; neither is building or Redstone. Minecraft isn’t complete without images of houses and Redstone contraptions popping into your brain. Ice blocks come in handy in both of these scenarios. In Minecraft, the blue ice block is regarded as one of the most valuable blocks. It has been made even more helpful with the nether update as now you can create an unlimited amount of basalt and automatic bridge-building machines in the nether.

Light-blue ice is a rare and beautiful substance. Building blocks with different textures and colors is one of the builders’ favorite things in Minecraft. With the 1.13 update from Mojang, blue ice was added to the game, and many people created amazing builds using it. Unlike ice, blue ice does not melt, so players cannot worry about torches when using it.

The blue ice block is the slipperiest of the three ice blocks in the game. For transporting items in Minecraft, Redstone engineers use its slippery surface. Massive storage systems use item transporters to move things at high speeds.

Some players may not know that blue ice does not melt in the nether realm, as some players may not know. Creating blue ice lanes in the nether will allow players to travel faster. One of the fastest ways to travel in Minecraft is by boat on blue ice. This is a costly and rare resource. You can’t build long paths unless you have a large ice farm. Making an ice highway is cheap if you use an alternating pattern.

A new block named basalt was added as part of the nether update last year. Basalt forms when flowing lava comes into contact with blue ice and soul soil. The player can create an automatic basalt farm by using blue ice. It is also possible to build bridges automatically using basalt. The nether realm contains lava oceans, so automated bridges can be useful.

Since blue ice is a perfectly solid block, anything can be placed on top of it. Blue ice, in contrast to regular ice, doesn’t really melt when exposed to light. Basalt can be produced from blue ice. Basalt is created when lava enters an area that is higher than soul soil & close to blue ice.

Blue ice doesn’t melt in the nether realm, as some players might not know. In the nether, players can create lanes for faster travel by using blue ice.

The fastest way to obtain packed ice is with a pickaxe, which is enchanted with Silk Touch. Breaking it won’t drop anything without it.

The blue ice block is completely solid and can be placed on any surface. In contrast to normal ice, blue ice does not melt when exposed to light. 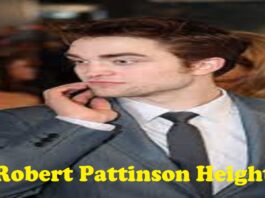 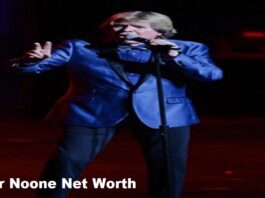